So many bad movies have great trailers.

Take the worst movie, chop it into tiny fragments; cut it very fast for no longer than a minute, in no particular order, to a raunchy piece of music from some other movie and it will look pretty good. Guaranteed. 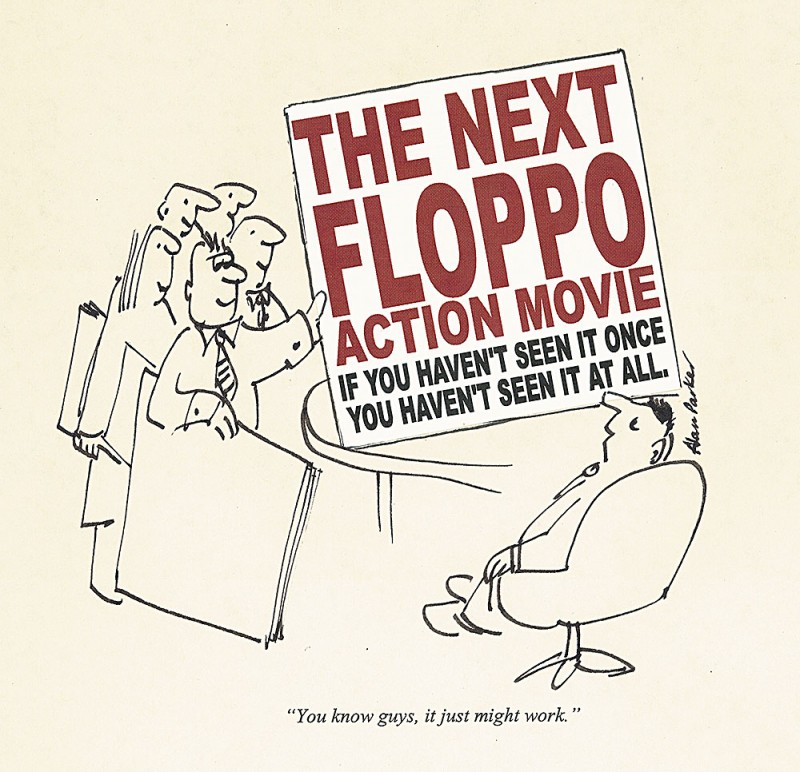 Most Hollywood marketing and advertising departments would rather disembowel themselves with a kitchen knife than accept work emanating from London. Even though the quality of the ads, one sheet posters, trailers and commercials is far superior in London, the LA system insists on doing their own (often inferior) work. The reason is simple – the “business” must never leave Los Angeles. Too many people’s mortgages and car payments rely on the nuts and bolts of the film business residing in Los Angeles for them ever to acknowledge that the movies would be better served by work created elsewhere. They carp on about lost, ‘runaway production’, but the real money is in the billion dollar support business that still resolutely resides within a stone’s throw of the valley studios.”
“What we have here is a failure to communicate.” Cool Hand Luke

Avoid all movies where the trailer has more explosions than dialogue.