Director, writer, producer Alan Parker, born Islington, London, February 14th, 1944, began his career in advertising as a copywriter and graduated to writing and directing commercials where in the late 60’s he was one of a small group of British directors who revolutionized world advertising. In1980 he received the D&AD Gold President’s Award. 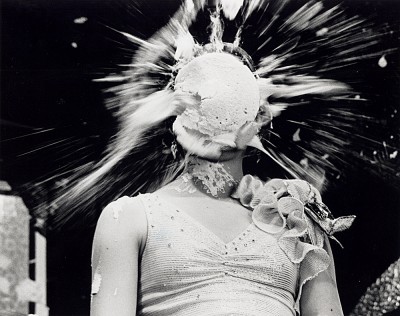 In 1974, Parker directed the BBC Television film, The Evacuees, written by Jack Rosenthal, which won the International Emmy Award and a BAFTA Award for direction; the first of seven BAFTA awards Parker has personally received.

Parker wrote and directed his first feature film, Bugsy Malone, in 1975. The film was a musical pastiche of 1920s gangster films with an entire cast of children. The film received eight British Academy Award nominations and five Awards.

His second film was the controversial Midnight Express (1977) which won two Oscars and six Academy Award nominations, including one for Parker as Best Director. The film received six Golden Globe Awards and four awards from the British Film Academy.

This was followed, in 1979, by Fame, a celebration of youth and the arts in New York which won two Academy Awards, six nominations, four Golden Globe nominations and was later adapted into a successful television series.

In 1981 he directed his most personal film, the powerful family drama, Shoot the Moon, starring Diane Keaton and Albert Finney. In the same year he made the seminal Pink Floyd – The Wall the feature film adaptation of the phenomenally successful rock album, which has become a classic of the genre.

In 1984, Parker directed Birdy based on the William Wharton novel, starring Nicolas Cage and Matthew Modine, which won the Grand Prix Special Du Jury at the 1985 Cannes Film Festival.

No stranger to controversy, his next film, Angel Heart, written and directed by Parker in 1986 and starring Mickey Rourke, Robert De Niro and Lisa Bonet opened in the United States amidst a storm caused by the ‘X’ rating initially imposed on it by the MPAA. 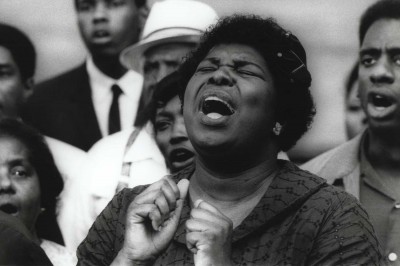 In 1988 he directed the Civil Rights drama, Mississippi Burning, starring Gene Hackman and Willem Dafoe, which was nominated for seven Academy Awards including Best Director for Parker and winning for Best Cinematography. Parker was also awarded the D.W. Griffith Award for directing by the National Board of Review. The film was nominated for five British Academy Awards, winning three. It also won the Silver Bear at the Berlin Film Festival.

In 1989 Parker wrote and directed Come See the Paradise, a family’s story set against the internment of Japanese Americans during World War II, starring Dennis Quaid and Tamlyn Tomita. 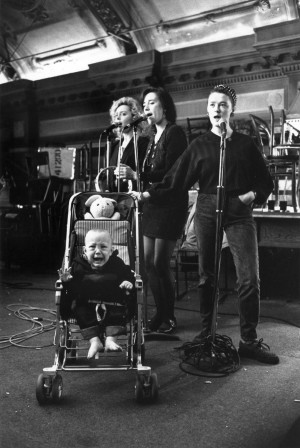 The Commitments, made in 1990, a story of a young Irish working- class soul band, was awarded a Golden Globe Nomination for Best Picture and won Parker the Best Director prize at the Tokyo Film Festival, as well as British Academy Awards for Editing, Screenplay, Director and Best Picture.

In 1993, Parker wrote and directed the anarchic and satirical The Road to Wellville based on the novel by T. Coraghessan Boyle, and starring Anthony Hopkins, Bridget Fonda, Matthew Broderick, John Cusack and Dana Carvey.

Angela’s Ashes based on the Pulitzer Prize winning, best selling memoir by Frank McCourt, was written and directed by Alan Parker in 1999, starring Emily Watson and Robert Carlyle. His most recent film, The Life of David Gale, a thriller set against the politics of capital punishment in the United States, starred Kevin Spacey, Kate Winslet and Laura Linney and was released in 2003.

In all, his films have won nineteen BAFTA awards, ten Golden Globes and ten Oscars.
In 1984, to celebrate “British Film Year,” Parker wrote and directed the provocative documentary, A Turnip Head’s Guide To The British Cinema, which underlined his fiercely independent and outspoken views as he lambasted the British film establishment and film critics. It won the British Press Guild Award for the year’s best documentary.

Alan Parker is also a novelist and author of the best-selling book written from his own screenplay of Bugsy Malone, published by by HarperCollins in their Essential Modern Classics library. His other novels include Puddles In The Lane, (1977) and The Sucker’s Kiss (2003). He is also an accomplished cartoonist and three collections of his satirical cartoons have been published: Hares in the Gate, (1982), Making Movies, (1998) and Will Write and Direct for Food, a compendium of twenty years of his cartoons on filmmaking and the film industry, published in October, 2005.

A founding member of the Directors Guild of Great Britain, Parker has lectured at film schools around the world. In 1984 he was honored by the British Academy with the prestigious Michael Balcon Award for Outstanding Contribution to British Cinema. In 1998 he received the Lifetime Achievement Award from the Directors Guild of Great Britain and the Lumiere Medal from the Royal Photographic Society. He has also received Lifetime Achievement awards in Chicago, Munich, Prague, Warsaw and Lodg. He holds honorary doctorates from Sunderland University, the University of East Anglia, Southampton Solent University and University Council of Arts, Spain.

In January 1998, Parker took up his post as Chairman of the Board of Governors of the British Film Institute and in August, 1999 he was appointed first Chairman of the UK Film Council; a position he held for five years.

In November, 1995 Parker was awarded with a CBE by Queen Elizabeth II for services to the British film industry and he received a knighthood in 2002. He is also an Officier des Arts et des Lettres, awarded by the French Government.

In 2013 he was awarded the BAFTA Fellowship and also succeeded István Szabó as President of the European Federation of Film Directors: FERA.